Today we are making our last stops as we round out this week ‘on the road’ speaking about Tax Justice on our Truth Tour across the country.

We left Delaware and after a 3 hour ride arrived at the office of Representative Barbara Comstock (VA-10).  While Rep. Comstock voted against Speaker Ryan’s repeal of the Affordable Care Act, she has also voted to remove some of the provisions of this act that will affect thousands of people who rely on their health care plans to remain healthy and receive much needed care.  Rep. Comstock also voted for the Tax Cuts and Jobs Act of 2017, which has not provided the tax benefits and wage increases promised to the average person, as it was designed to benefit the upper 1 % and major corporations.  Already we have heard that this country has lost over $160 billion in tax revenue this year alone because of the passing of this legislation!  And now Senate Leader Mitchell McConnell says we will have to cut our social programs – Medicaid, Medicare, Social Security and other programs – to make up for the deficit!

I accompanied Sister Simone Campbell and Sister Richelle Friedman on a lobby visit with John O’Donoghue, who works on tax and healthcare issues for Representative Comstock.  We also were accompanied by Angie Voyles of the Little Lobbyists; Jim Vollmer, an SEIU member; and Yolanda, a representative of CASA Maryand. 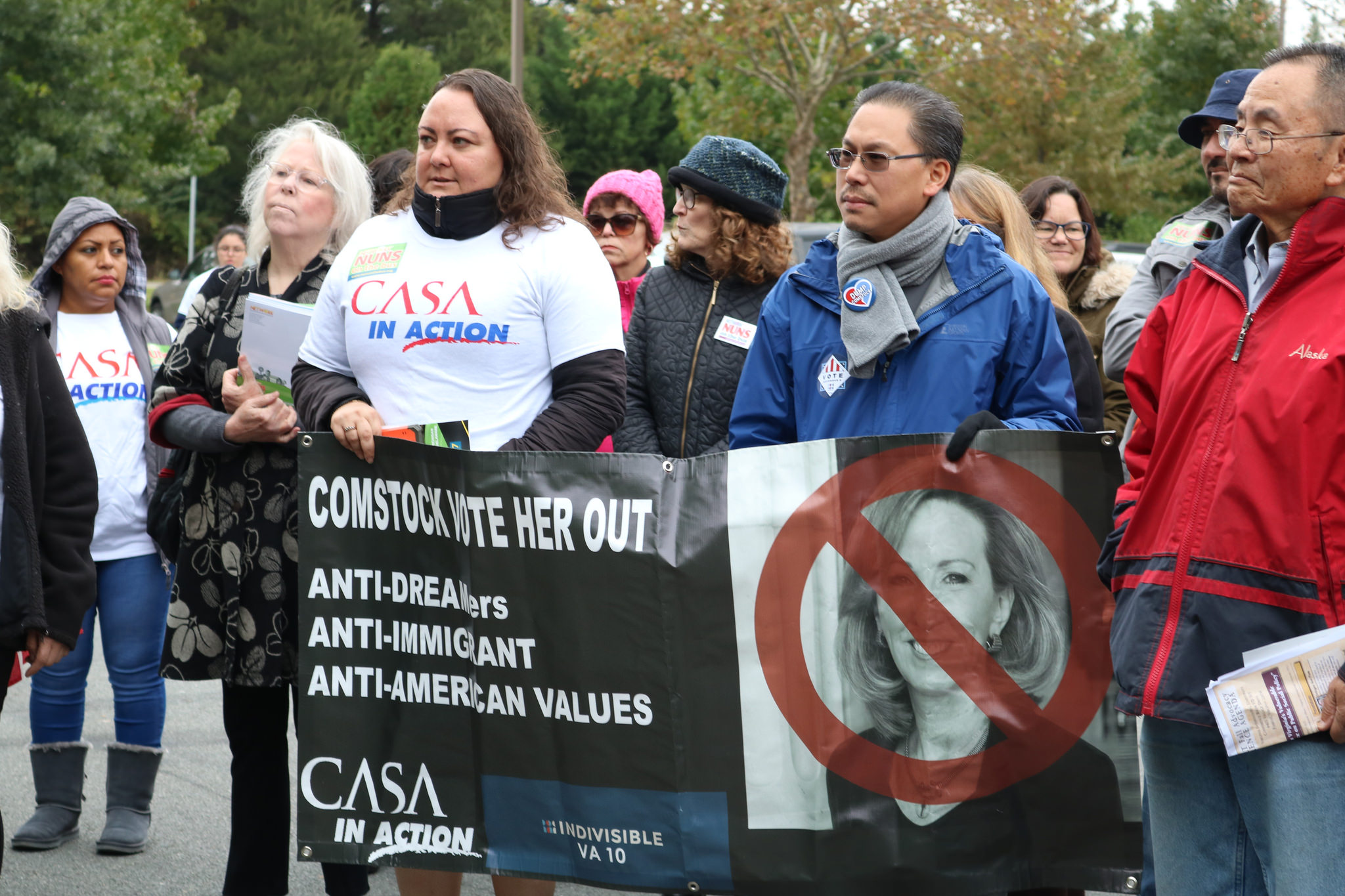 Angie spoke movingly about her daughter Anna who is medically fragile and was born at 25 weeks, along with her twin brother.  Anna has a tracheostomy, feeding tube, cerebral palsy, metabolic bone disease, as well as a few other debilitating conditions and relies on the Affordable Care Act and Medicaid to receive the care that she needs.  Angie became Anna’s mom when she was 2 months old and officially adopted her at age 2.  Her daughter has had many medical emergencies and, because of her husband’s career in the military, they were flown to DC to get Anna needed care because their hometown hospital in Arkansas had run out of the resources needed to treat her conditions.

Despite the odds, Anna has grown, has started walking and talking, and is attending school!  She is able to attend school due to her access to a home healthcare nurse provided by the Medicaid Waiver program.  Angie and her husband are so fearful that the provisions currently being suggested to revise Medicaid will harm the services that help her daughter every day.

We tried to impress upon Rep. Comstock’s staff that her advocacy in Congress for her constituents and families like Angie’s was critical to their wellbeing.  Unfortunately we received only a message that he would pass along our concerns to the Representative.  When we shared statistics and data supporting our concerns made public by the Congressional Budget Office with Mr. O’Donoghue, we were questioned on the accuracy of our data! 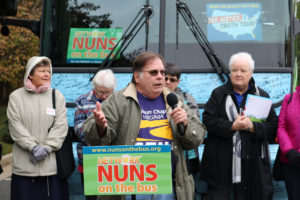 After the lobby visit we had a rally outside Rep. Comstock’s office with a rousing group of her constituents who also shared that she has never had a town hall to listen to their concerns in her two terms in office, and they have experienced roadblocks every time they try to meet with her.  This was discouraging to hear!

Angie’s story and many other stories like hers, I have heard over and over during our trip this week.

These are the voices that need to be lifted up and shared with our legislators and one another, so that we vote for persons who represent “We the People.” I am praying that we have record turnout at the voting booths this November 6th. United together we can make this happen!