Josiah on Conserving Education for Youth 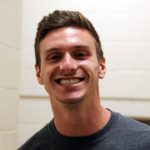 Josiah is a local college student- a rising senior majoring in psychology.

He is involved in service in the community- the college's center for social concerns is focused on youth in Erie. He reports a 51% youth poverty rate in Erie. He addresses the issue of schools in Erie closing due to lack of funds. He asks where the funds go, and he notes that once you take away education from youth the country will go downhill.

He notes that Erie is already the most impoverished city in Pennsylvania, and that taking away education only limits the community's ability to come back from poverty.

Josiah works with youth of Erie and doesn't want to see them given upon. He asks for everyone, especially legislators, to not give up on America's future by giving up on these kids.

Josiah works with the Big Brothers/Big Sisters of America- he shares the story of his Little Brother, who lives with his mother. His mother shared with Josiah that the child didn't have many male role models in his life. While Josiah enjoys working with him, it's heartbreaking to see people in the child's life give up on him. He shares his commitment to his Little Brother as well as other underserved youth of Erie.