The EQUAL Act Has a Fighting Chance 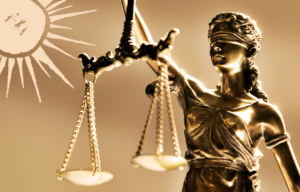 Over the past two years, the NETWORK community has worked to advance legislation that would reform the criminal legal system for our first and second annual Lobby Days, with the goal of doing our part to end the injustice of mass incarceration.

Now, after much effort, the Eliminating a Quantifiably Unjust Application of the Law, better known as the EQUAL Act, finally has an opportunity to pass in the Senate. The EQUAL Act is bipartisan legislation that seeks to eliminate the disparity in sentencing for cocaine offenses, a major contributor to mass incarceration. It would apply retroactively to those already convicted or sentenced. The difference between success and failure is dependent on NETWORK and our partners making a joyful noise in support of the EQUAL Act.

The original EQUAL Act was introduced in the House on March 9, 2021 by Representatives Hakeem Jeffries, Kelly Armstrong, Bobby Scott, and Don Bacon and in the Senate on January 28, 2021 by Senators Cory Booker and Dick Durbin. The House passed the bill on September 28, 2021. However, the Senate Judiciary Committee failed to take it up for consideration. The lead Senate sponsors were not satisfied with the bill dying in Committee, so they and Rep. Jeffries inserted the EQUAL Act into a piece of must-pass legislation, the National Defense Authorization Act (NDAA).

Now, categorically, NETWORK does not support the NDAA. Congress passes the NDAA every year to set guidelines and priorities for defense policy, make organizational changes to the Department of Defense (DoD) and other interrelated agencies, and provide guidance on how military funding can be spent among other things. Year after year, mandatory military funding has proven that exponentially increased military spending has been detrimental to our nation, and its passage has often been the bane of justice advocates and peace seekers nationwide. Instead of Congress pursuing bold reforms to defense spending, the annual passage of ever-increasing funding to the DoD in the NDAA has locked us in an unsustainable cycle that leaves other legislative priorities without adequate financial support, and left only crumbs for disenfranchised and disinvested communities of color.

Despite our disagreements with it, the NDAA will pass with broad bipartisan support this year, as it does every year. At this point, as we near the end of the 117th Congress, it is also the only bill that can carry the EQUAL Act over the finish line.

In the pursuit of justice, we applauded the House sponsors of the EQUAL Act for adding its provisions into this year’s NDAA in an attempt to secure its passage. Unfortunately, Senator Chuck Grassley—the ranking Republican member of the Senate’s Judiciary Committee—has maintained his disapproval of the EQUAL Act by thwarting its advancement to the Senate floor. In fact, he has submitted his own, less than equitable and considerably problematic alternative into the NDAA among other amendments counterproductive to eliminating injustice and racial disparity.

Senator Grassley has a history of supporting criminal legal system reforms. In the late 1990s, he launched a successful statewide initiative to address Iowa’s drug addiction problems at the grassroots community level. Now is the time to tell Senator Grassley that we need to accept the evidence-based need for the EQUAL Act to be passed, now, together. We need this racially equitable bill and nothing short of it.

While there are many provisions within the justice system that produce discriminatory and racist impacts, the crack/powder sentencing laws are among the most obvious. For many years now, science and experience have shown us there is no difference between use of crack or powder cocaine. Neither one is more or less addictive, nor produces more violent behavior in the user. The difference is that crack cocaine has historically been used in more urban communities of color, specifically Black communities, while powder cocaine has more often been found in whiter, more suburban communities. The racial implications couldn’t be clearer. Furthermore, the sentencing disparity between these two drugs has contributed significantly to the growth of mass incarceration in this country. According to FAMM, in 2019 alone, 81% of those convicted of crack cocaine offenses were Black, even though historically, 66% of crack cocaine users have been white or Hispanic. It is time to end this racist policy and restore proportionality in sentencing.

As people of faith, we cannot continue to tolerate racial profiling, brutality and hyper-militarization in policing, the loss of future generations to mass incarceration, or the perpetuation of poverty. We affirm the truth that every person is entitled to dignity and equitable justice under law. As the 117th Congress comes to a close after two years of hard-fought progress and arduous midterm elections, this one-of-a-kind legislation is much needed in order for our nation to be as liberatory and equitable as it is on paper. Now is the time for the Senate to follow the House in taking a firm stance against racism embedded within the criminal legal system by assuring the EQUAL Act is kept in the Senate’s FY 2023 National Defense Authorization Act.