For a long time, I was really unaware of the severity of Indigenous missing, murdered, and abused women and girls in the USA and Canada until it hit close to home.

I was aware and appalled, as most are, by the large number of women and girls of all races who are affected by this tragedy. Then, my husband and I were invited to a walk in support of these women and girls on a nearby reservation. Under a canopy, pictures and stories were displayed of a few of the victims, both survivors and murdered. But most disturbing was the fact that most of these cases were unresolved. A short time after that, a friend of ours’ granddaughter was raped, beaten, and killed. Because our friend is a well-known and famous person, the killers were finally apprehended. But for average Indigenous families, the prospect of finalization and justice for their loved ones is not as certain. 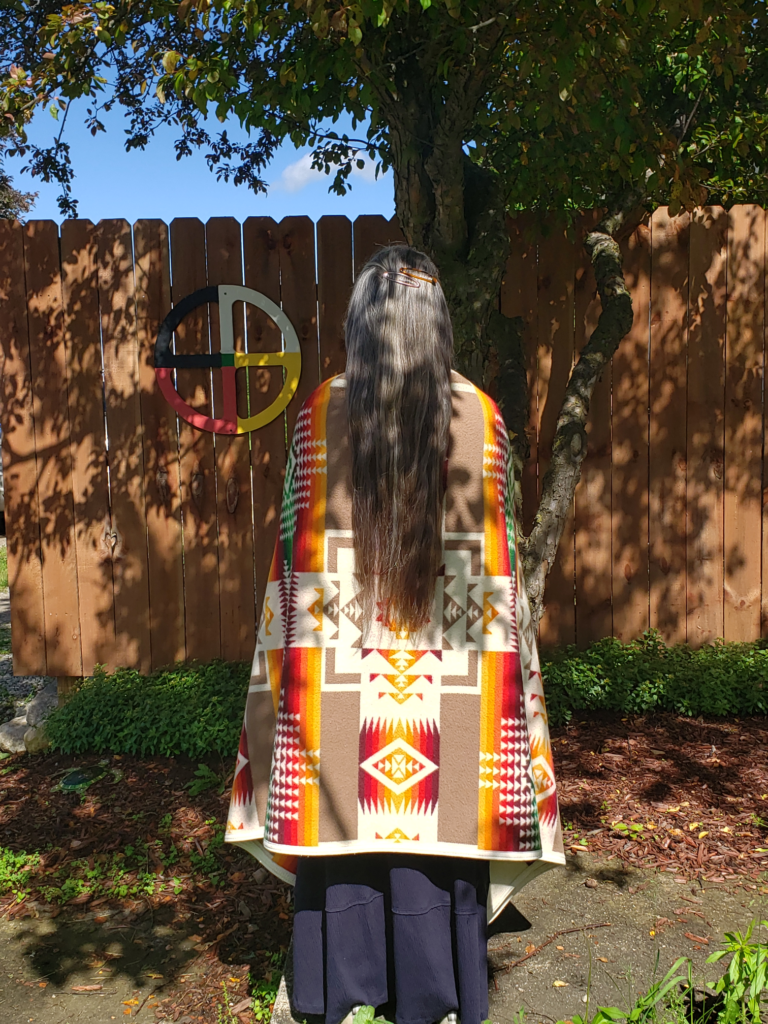 So I started to study and read what I could find on the subject. As it stands, almost every Native woman will experience violence: 8 in 10 Native women will be raped, stalked, or abused in the course of a lifetime. Prosecuting these crimes is difficult. The vast majority (96%) of crimes against Native victims are committed by non-Natives. Due to a complex web of federal laws and statutes, tribes have long been unable to prosecute non-Natives who commit their crimes on tribal land.

I can go on with the statistics and numbers, but my emotions start to get involved. Tribal nations must also have the ability to advocate for their citizens living in urban areas. This courtesy is extended to all other sovereign nations. When a citizen is killed while living or traveling outside their nation, the nation is notified of their death and can advocate for their citizen’s case. This basic respect must be afforded to tribal nations. Currently, this is not extended, and rarely is a tribe notified or given access to the data regarding their tribal citizens.

All of these facts and numbers are accessible online from the National Congress of American Indians. The emotion is from the real life stories that have been lived and shared with me over the years.

I hope that drawing attention to the violence will help bring change.

In April 2019, the House of Representatives passed an expanded Violence Against Women Act (VAWA). This VAWA reauthorization legislation would strengthen protections and expand access to justice to even more victims of abuse.

Key provisions of the 2019 House VAWA bill include: increased protections for unmarried victims from dating violence, expanded access to justice for Native victims of all crimes committed by non-Native perpetrators, and finally closing the “boyfriend loophole.” This legal glitch fails to extend for dating partners or former partners the prohibition on the purchase or possession of guns that is enforced for domestic abusers who are (or were) married, living with, or co-parents with the victim of abuse.

Mrs. Laurel J. Robertson is Secretary of the All Nations Veterans Council of Detroit, Treasurer of Turtle Island Dream Keepers of Monroe, Michigan, and a member of the Monroe County Community College Diversity Committee. Her tribal affiliation is Odawa.