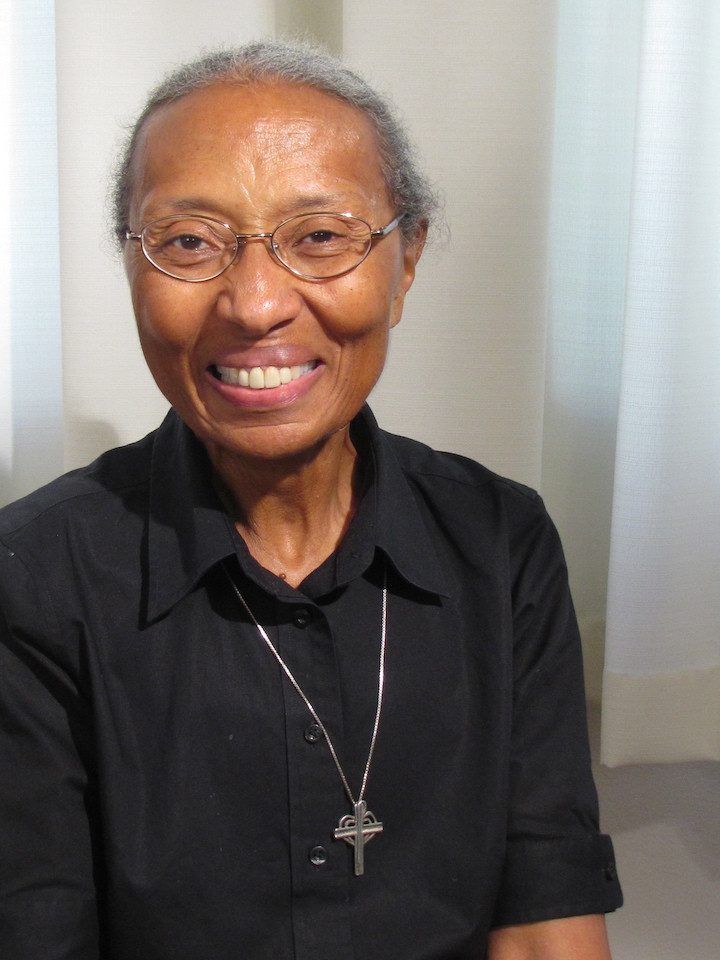 When I think about my own story and the story of every Black woman religious, there is a unifying theme, whatever the congregation we have membership in: We all testify that we have experienced the hand of God laid on us and a strong invitation to follow, to surrender to being loved by God and called to love and serve God’s people and to live together in a way that generates life.

The power of God’s call has been, and continues to be, the “why” and the “how” behind the determination and courage to move into the storm, whatever it feels like, whatever its form.

I often fall back to the beautiful lyrics by Curtis Burrell:

“I don’t feel no ways tired.

Come too far from where I started from.

Nobody told me that the road would be easy.

I don’t believe He brought me this far to leave me.”

In 1968, when the National Black Sisters’ Conference was founded, I was 30 years old and had been perpetually professed for three years. For that first meeting I traveled from Denver to Pittsburgh, to the Mercy Sisters’ campus to meet about 100 of myself! Although I had not seen many other Black Sisters before, I knew immediately the feeling of home.

Sister Martin De Porres Grey, RSM, was the woman of vision who convened us. Together we reclaimed (or reaffirmed) our identity, with the realization that Blackness is Gift to ourselves, our people, our congregations, the church, and beyond. From that first meeting until now, I have seen NBSC as a support and resource for the continuing growth of Black women religious, an advocate for justice for all people and a voice of conscience within the structure of the Catholic Church.

Nearly 40 years after the founding of NBSC, in 2007, Dr. Shannen Dee Williams stumbled upon an old news article, with a photo of four smiling African-American nuns at the first NBSC meeting. Dr. Williams was intrigued to discover that Black Catholic Sisters existed, not to mention that this large group of them had met to strategize on how to strengthen their impact for the sake of the liberation of their people.

As historian and educator, Dr. Williams knew she needed to find out more about these women, but little did she know that her own life would be radically changed by the work she was about to undertake. Her research led her to locate and interview the hidden storytellers who knew the story of the foundation of NBSC and wanted to share it.

As I read the book, what stirred a strong and painful reaction in me was the narrative of the foundation of the three Black religious Orders: the Oblate Sisters of Providence, the Sisters of the Holy Family, and the Franciscan Handmaids of Mary. No doubt it would be terribly difficult for small bands of Black women doing works of mercy on behalf of oppressed people. To those served by the Sisters, education, health care, social services, and advocacy would serve as lights on the path to a new life.

What was so deeply painful was the description of the outrage and resistance by white nuns to the mere thought of African-American women becoming consecrated religious in the Catholic Church and offering the ministry they were called to give. That the three Black Congregations are alive today gives witness to the mighty power of God’s Spirit ablaze within these faith-filled women.

I am profoundly grateful that this book about Black Sisters has been written. Dr. Williams did more than full justice by chronicling so magnificently what has been achieved, at what cost, and that the struggle goes on.

I venture to think that most/many congregations would welcome the gifts of Black recruits. There is awareness that each congregation has an obligation to support and encourage the culture of the persons who enter, a new level of responsibility on the side of the religious communities these young people come into. Like their predecessors in religious life, I pray that young religious today feel God’s hand firmly upon them and know in their hearts that God is and ever will be a Promise-Keeper.

Sr. Barbara Beasley, RGS, is a Sister of the Good Shepherd and a founding member of the National Black Sisters’ Conference.

This November, NETWORK observes Black Catholic History Month in collaboration with the National Black Sisters Conference, centering the voices of Black Sisters and sharing their testimonies with our spirit-filled network of justice-seekers.