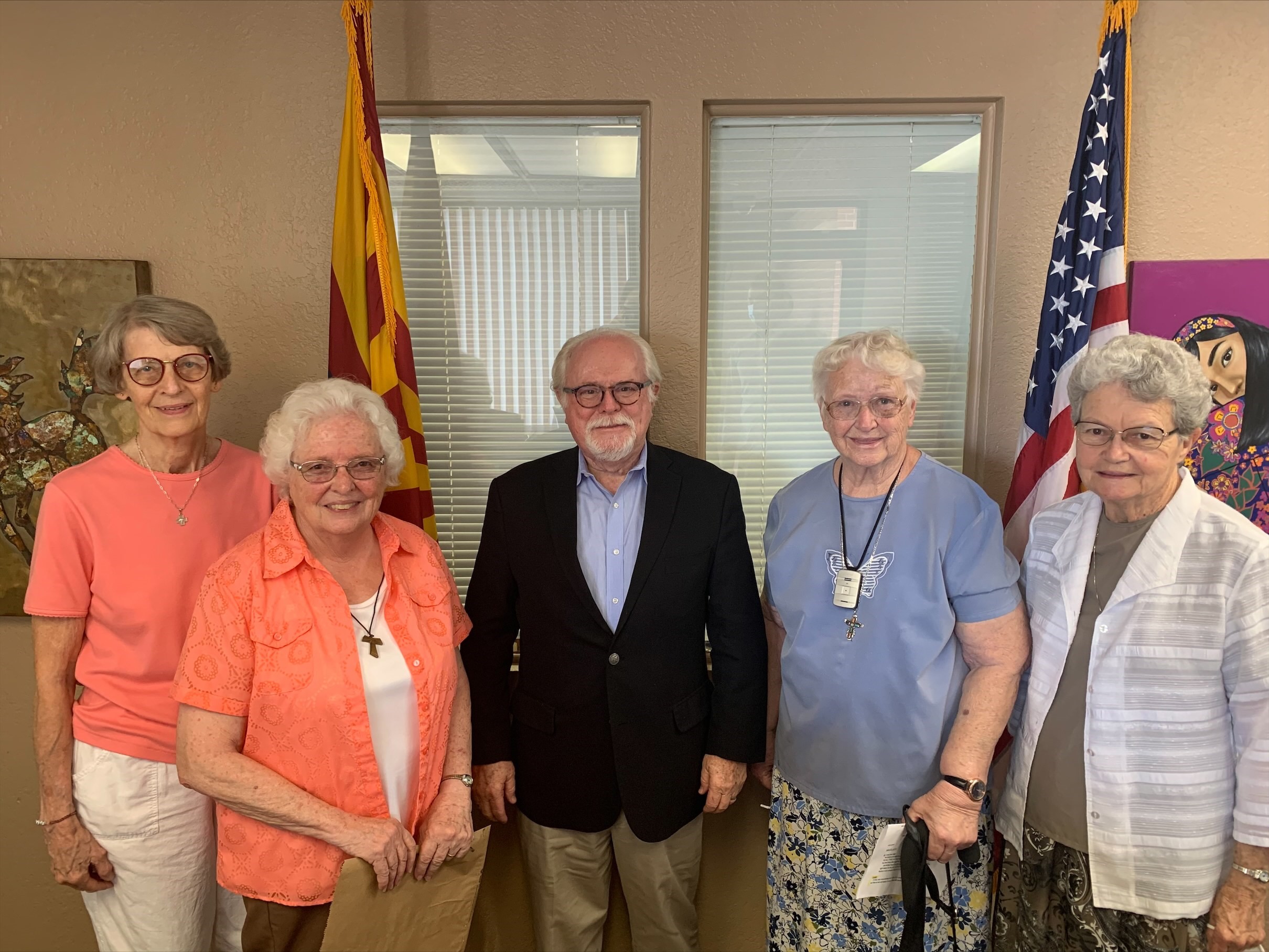 TUCSON/WHEELING – Today, Catholic Sisters and activists gathered in both Arizona and West Virginia to deliver a letter signed by more than 3,685 Catholic Sisters in support of S.1, the For the People Act to Democratic Senators Mark Kelly, Kyrsten Sinema, and Joe Manchin.

The Sisters’ message: “As Catholic women religious, we see and affirm the dignity of every person. Knowing that all people are made in the image and likeness of God, we cannot tolerate policies or practices that suppress voters’ ability to participate fully in our democracy, especially Black, Brown, and Native American voters.” The letter continues, “The idea of ‘bipartisanship’ cannot be twisted to obstruct reforms to save our very democracy. Despite the obstacles we face, We the People must keep striving to create the multi-racial, representative democracy enshrined in our Constitution.”

Sr. Carmella Campione CSJ, a constituent who delivered the letter to Senator Joe Manchin said, “We call on Senator Manchin to take a courageous moral stand to support needed democracy reform. The right to vote is sacred and must be protected.” 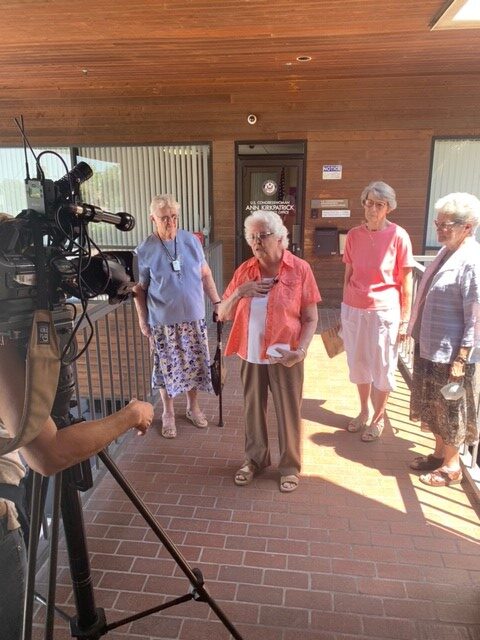 Sr. Karen Berry OSF, a constituent who delivered the letter to Senators Mark Kelly and Kyrsten Sinema said, “We Catholic Sisters want to petition our lawmakers to remember the vision of our nation’s ancestors who wanted to create a government by and for the people with all people being equal in the eyes of God. Communities of color are disproportionately impacted by restrictive voting laws currently being passed around our country. We call on Senators Kelly and Sinema to commit to passing S.1 now.”

Sister Quincy Howard, OP, NETWORK Government Relations Specialist, who helped organize the letter deliveries, said, “Sisters feel a real urgency to respond to the rising threat to our democratic institutions. A healthy democracy is our means for creating a better world and therefore this is a moral issue of the utmost importance.”

Read the full text of the letter at networklobby.org/2021sistersletter. Catholic Sisters sent a similar letter in 2010, calling on the House of Representatives to cast a “life-affirming YES vote” on the Affordable Care Act, which was widely attributed as crucial to the final passage of the ACA. Catholic Sisters again sent a message to Congress in 2017 urging them to oppose dangerous attempts to repeal the ACA.

NETWORK – advocates for justice inspired by Catholic sisters – educates, organizes, and lobbies for economic and social transformation. They have a 45-year track record of lobbying for critical federal programs that support those at the margins and prioritize the common good. www.networklobby.org