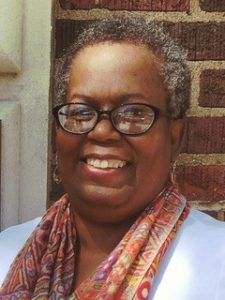 Responding to the signs of the times, people of goodwill have historically raised their voices on behalf of the common good. How the voice is raised – whether literally or figuratively, individually or collectively – is determined by a number of variables including the challenge and the desired outcome. Examples of these efforts include Mahatma Gandhi’s Salt March, Rev. Martin Luther King, Jr.’s Letter from Birmingham Jail, Marian Wright Edelman’s Children’s Defense Fund, and Bryan Stevenson’s Equal Justice Initiative. NETWORK, founded by women religious to lobby for social justice at the federal level, is a living model of speaking for the common good. In each instance, the action is inspired by the transcendent truth of human dignity and is viewed as an act of conscience, faith, or divine obedience. Depending on the circumstances, speaking truth may be accompanied by the grave risk of physical harm or death. In spite of the risk, people of goodwill are duty-bound to speak.

Many Americans have observed the recent rise in blatantly hateful physical and verbal attacks against people of color, immigrants, religious minorities, and members of the LGBTQ community. Knowing that racist and xenophobic rhetoric are attributable to America’s historic and continuing original sin, having it affirmed by those sworn to protect the Constitution of the United States is a direct threat to the common good. Seven students from the Living School of the Center for Action and Contemplation were drawn together by their shared concerns. Entering a discernment period, they agreed with the prophetic words of Rev. Dietrich Bonhoeffer: “Silence in the face of evil is itself evil. Not to speak is to speak. Not to act is to act.”

In 1934 Germany, Bonhoeffer, theologian Karl Barth, and other Christians were greatly disturbed by the rise of Nazism, and the large number of churches who remained silent in light of the contrast between Christ’s teachings and Adolf Hitler’s agenda. These church leaders responded by raising a unitive in the Theological Declaration of Barmen that has since been embraced by a number of Christian traditions. Inspired by this historical document, the Living School students wrote and released Barmen Today: A Contemplative Contemporary Declaration with the full-support of their teachers: Rev. Richard Rohr, Rev. Cynthia Bourgeault, and Dr. James Finley.

Known as the Barmen Today circle, the small collaborative group echoes Bonhoeffer by stating, “[B]ecause we want to remain faithful to both the Divine which we seek to understand and the Love which we seek to live, we choose to not be silent. We choose to speak and act.” Issued as an invitation to engage in both contemplative practice and nonviolent resistance, the text of the document speaks to common ideals and today’s challenges. Available in English and Spanish, Barmen Today has received more than 11,000 signatories since its release in August 2018.

One of the signatories is songwriter and recording artist Alana Levondoski who was so touched by Barmen Today that she volunteered her talents to write and record “Divine Obedience,” the document’s theme song. According to Levondoski’s lyrics, “There comes a time for Divine Obedience.” Thousands of others join her and the circle in declaring this to be the time for Barmen Today. Will you?

To read, sign, and share, Barmen Today, visit bit.ly/barmentoday. For information on the Living School, see www.cac.org/living-school/. To learn about Alana Levandoski and her work, visit alanalevandoski.com.