The sculpture of the Homeless Jesus on a bench outside the Episcopal Cathedral in Buffalo, New York was the gathering place for Nuns on the Bus and our supporters on Wednesday. An enthusiastic crowd including Congressman Higgins of Buffalo joined us for a rally. 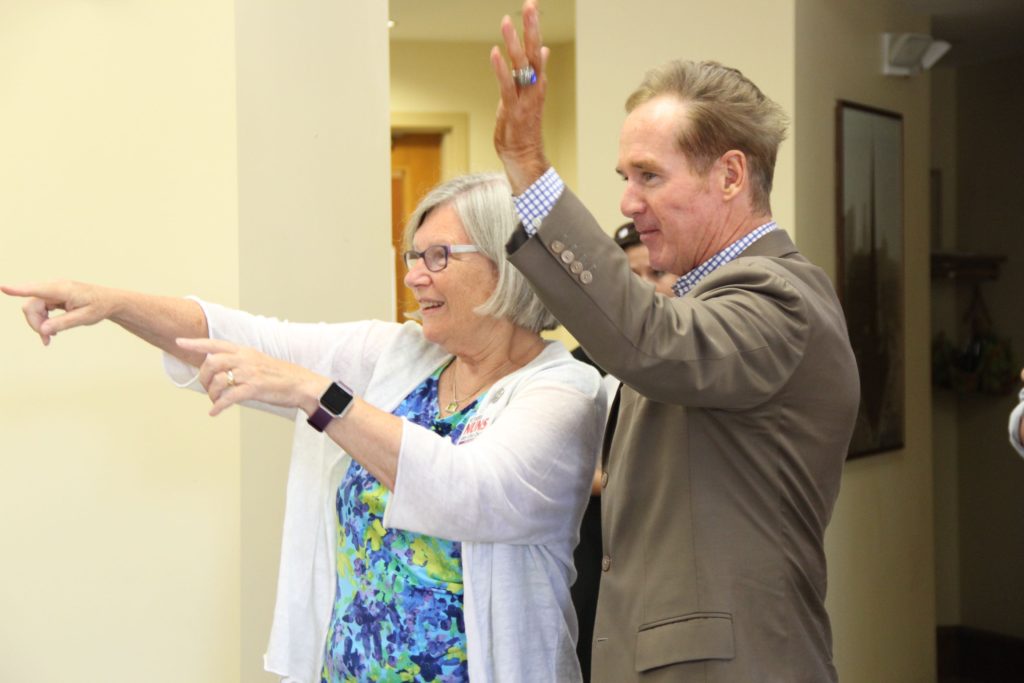 As we continue our journey to “Mend the Gaps,” Higgins shared a recent conversation with Congressman John Lewis the pioneer civil rights advocate who led the famous march in Selma over fifty years ago. Lewis said that his determination to work for racial justice happened right there in Buffalo. As a young boy Lewis spent the summer in Buffalo with his grandmother.  Having been raised in the south, this was the first time Lewis saw whites and blacks working side by side.  At age eleven, he resolved that he would work for racial integration in the south,  to close that gap between blacks and whites 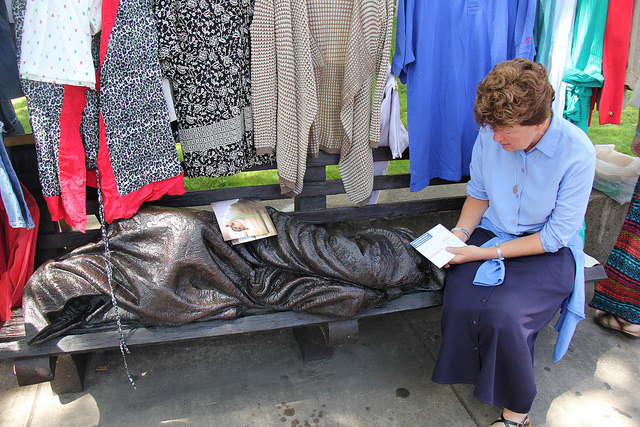 We also heard moving testimony from a woman who is organizing hospital workers to lobby for better staffing to enable them to perform their jobs more professionally. One of the workers shared that after having a miscarriage, she still felt it necessary to go to work the next day because she couldn’t let her co-workers down.  If she didn’t report for work it would be only two nursing assistants caring for forty-six patients and even the three of them caring for forty-six was a big stretch.