Travel Log: Street Ministry at the RNC in Cleveland

One week into the journey, we arrived at one of the main stops on our 2016 tour: the Republican National Convention in Cleveland, Ohio.

Due to security, the bus wasn’t allowed downtown, so we had to improvise: Two teams of NOTB headed out into the warm muggy day with red radio flyer wagons decorated as buses and supplied with a jug of cold lemonade and cups. 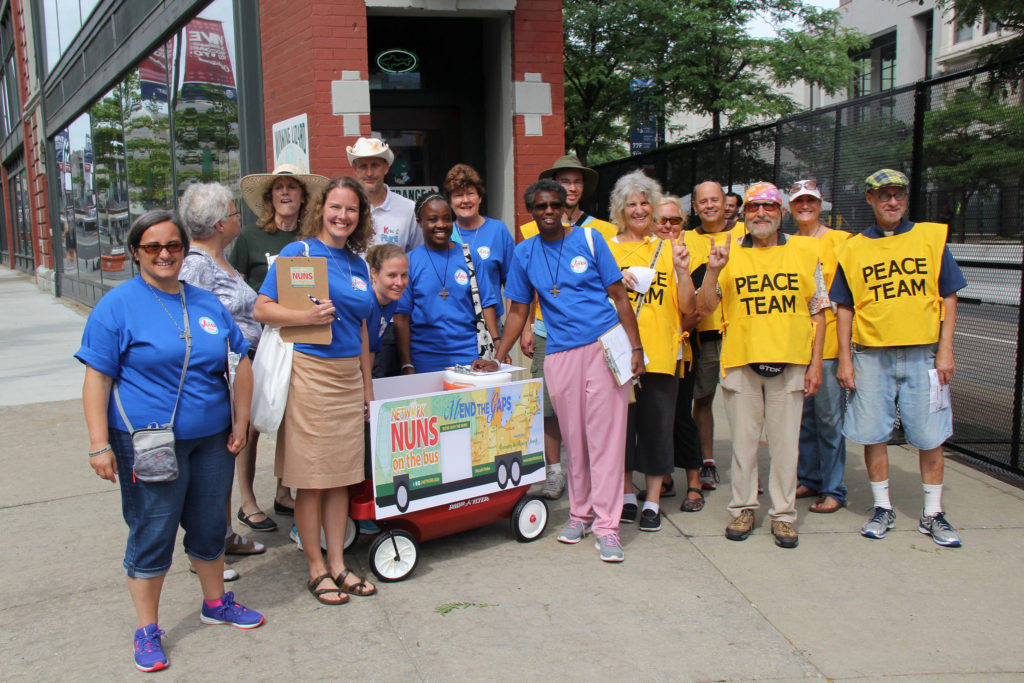 “Would you like some lemonade?” “How much is it?” “It’s free.” “FREE?” “Yes!” This was our entrée into our street ministry of interviewing folks coming and going to the Convention sites. We asked three questions: Who in your family is difficult to speak with about politics and why?  What worries you about this election? What gives you hope for our nation?

Many folks politely responded, “No thank you” and continued on. Others stopped to enter into dialogue. Curiously, the most difficult question was the last one about hope.  When we regrouped at the UCC headquarters about 3:00 pm, Curiosity Teams #1 and #2 shared the responses we garnered.

It turned out that we interviewed more native Clevelanders, than delegates. However, responses had common threads.  In terms of hope: resilience of people, the number of people doing good work to help others, the unity of people, progress we have made in terms of race relations, gay rights, the ability to talk to each other  were some answers.  In terms of worries we heard the following: fear of violence, extreme negativity, lack of respect for the disabled and the “other”, the absence of God’s light, the election of either candidate.  One team encountered a group that was urging folks to get creative, get curious (not serious) and be compassionate.  Our goal is to compare the responses of the questionnaires from Cleveland and Philadelphia and see where our common ground is to walk forward on. 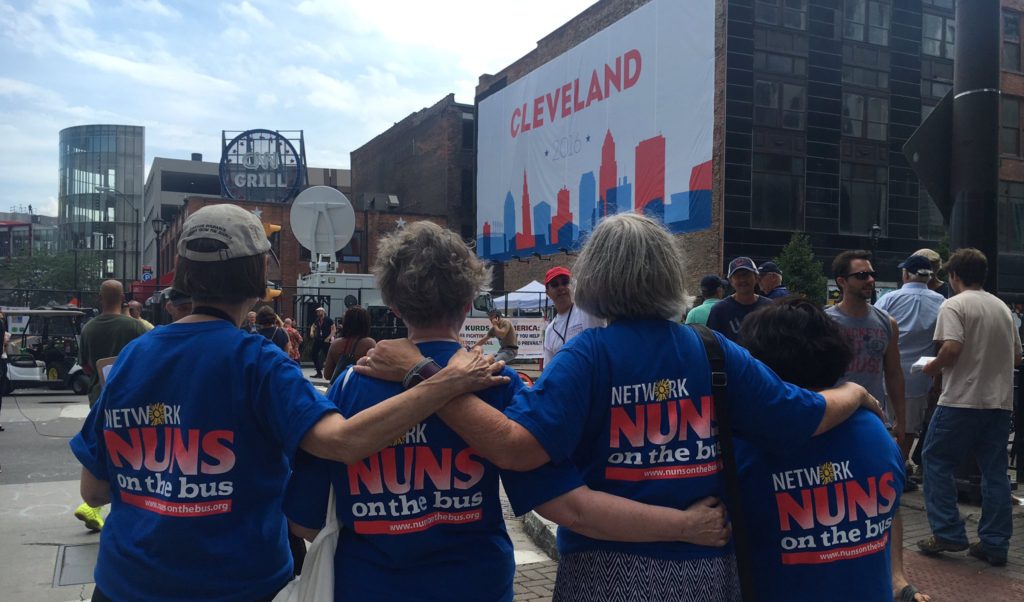 Among the folks we encountered in our street ministry, were local police and contingents from Indiana, Austin, TX. , Homeland Security and the California Highway Patrol. We thanked the officers for their presence and promised prayers for all. Many responded that they had been educated by Catholic Sisters and were very grateful for their Catholic education. Some folks asked why we did not wear our habits. We responded we had our NOTB shirts so they would know who we were.  One Catholic guy yelled, “Thank you for your hustle.”  Many expressed gratitude for our presence and willingness to dialogue. 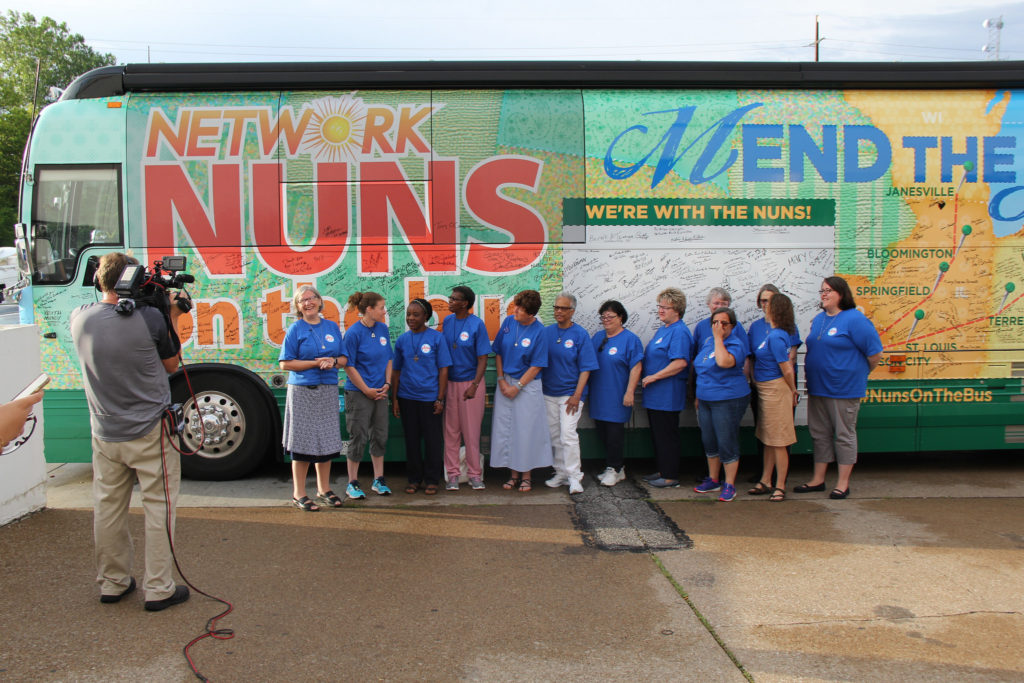 Our day had begun in the dark and the rain as we left our motel at 6:40 A.M. to get to a local TV station. There was a sense of trepidation as we fell into the line of traffic crawling into the convention city. Our prayer was for safety for all and for openness to the Spirit to listen to the other, to engage in dialogue, and not in defending our own views.  An hour later we arrived at the Fox 8 studio, where the blue sky appeared, the rain stopped and the sun shone. We breathed a sigh of gratitude. The reporter did a live feed that appeared on the morning news.  Many folks we met in the afternoon greeted us, with “We saw you on the news! We know what you are about.”  Another TV station employee ran out and did a two minute Facebook video with Sr. Simone, Sr. Erin Zubal of Cleveland and Sr. Mary Ellen Lacy of St. Louis.

We ended the day south of Cleveland at the home of friends. The green setting, camaraderie, delicious cuisine, and Frisbee game were a wonderful  culmination of  a 16-hour day and the last night all together for the first  group of sisters for Nuns on the Bus2016.