In honor of Black Catholic History Month, consider reading one or more of the books below!

With every passing year since her death in 1990, more people are recognizing Sister Thea Bowman as one of the most inspiring figures in American Catholic history. This granddaughter of slaves became Catholic on her own initiative at the age of nine. As a Franciscan sister, she lived a wide-ranging ministry of joy, music, and justice.

Father Maurice Nutt offers a new biography of Sister Thea that introduces her and sheds new light on who she was. Drawing on careful research and the insights of people who were close to her, Nutt explores her personality, her passion, her mission, and her prayer. He captures Thea Bowman as she was: an unapologetically African American woman, a religious sister who deeply loved God and the people to whom she ministered through teaching, preaching, and singing, and who embraced the blessing of her ancestry, the wisdom of the “old folks,” and a passion for justice and equality for all God’s children. Published in 2019.

Birth of a Movement: Black Lives Matter and the Catholic Church by Olga Segura

Birth of a Movement presents a radical call to dignity and equality for all people. It examines the founders of the Black Lives Matter movement, the church’s involvement with slavery, including the decision by Georgetown University to make amends for its past actions, and the Catholic Church’s response to the recent deaths of Trayvon Martin, George Floyd, and Breonna Taylor.

In relating the story of the Black Lives Matter movement through a Christian lens, readers—Catholic and others—will gain insights and a deeper understanding of the movement and why it can help the church, and the country, move closer to racial equality. Published in 2021.

Racial Justice and the Catholic Church by Fr. Bryan Massingale

“We all are wounded by the sin of racism… How can we struggle together against an evil that harms us all?”

Racial Justice and the Catholic Church examines the presence of racism in America from its early history through the Civil Rights Movement and the election of President Barack Obama. It also explores how Catholic social teaching has been used–and not used–to promote reconciliation and justice. Published in 2010.

The History of Black Catholics in the United States by Fr. Cyprian Davis, OSB 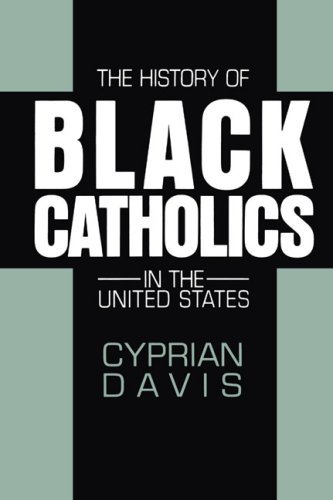 This book makes an extremely valuable contribution to our understanding of African-American religious life by presenting the first full-length treatment of the Black Catholic experience. It should be read by all interested in the history and culture of Black Americans. Published in 1995.

In this collection of essays, prayers, and meditations, Diana Hayes lays the foundation for womanist spirituality in the lived faith and struggles of African American women. This spirituality, as she observes, “flows from their lived encounters with God, nurtured and sustained with sweat, tears, and blood as they worked the fields, worked in the homes of white families, worked in factories and wherever else they could to support their families and build their communities.…It is a spirituality which arises from a deep and abiding faith in a God of love, a wonder-working God who walked and talked with them, giving them the strength to persevere.” Published in 2016.

These essays describe the experience of Black Catholics in the United States since their arrival in North America in the sixteenth century until the present day. The essays highlight the difficulties black Catholics faced in their early attempts to join churches and enter religious communities, their participation in the civil rights struggle, and the challenges they face today as they seek full inclusion in the church, whether in terms of liturgical practice or pastoral ministry.