The third leg of the Nuns on the Bus journey began in Cleveland with an orientation for myself and the other newly arrived Sisters. Together we traveled to the Unitarian Universalist Church of Akron.  This church community has a rich history with the memory of Sojourner Truth’s great speech “Ain’t I A Woman?” which she delivered in Akron during the Women’s Convention of 1851. The gathered community reflected this kind of energy, commitment, and a vision for change.

Rev. Tim Temerson gave us a warm welcome as he introduced Sister Simone and the Nuns.  To set the stage, Joe Sanberg, a well-known entrepreneur who worked to pass a state Earned Income Tax Credit in California spoke out of his experience of growing up as child in a low income family.  He remembers how hard his mother worked and how they barely had enough to make ends meet.  He asked us to close our eyes and remember a time when we weren’t sure how we would pay a bill. He said that this is the way half the families in our country live which provoked the question, “Why is this happening?” He asked, “Who is in the heart of our politicians?” 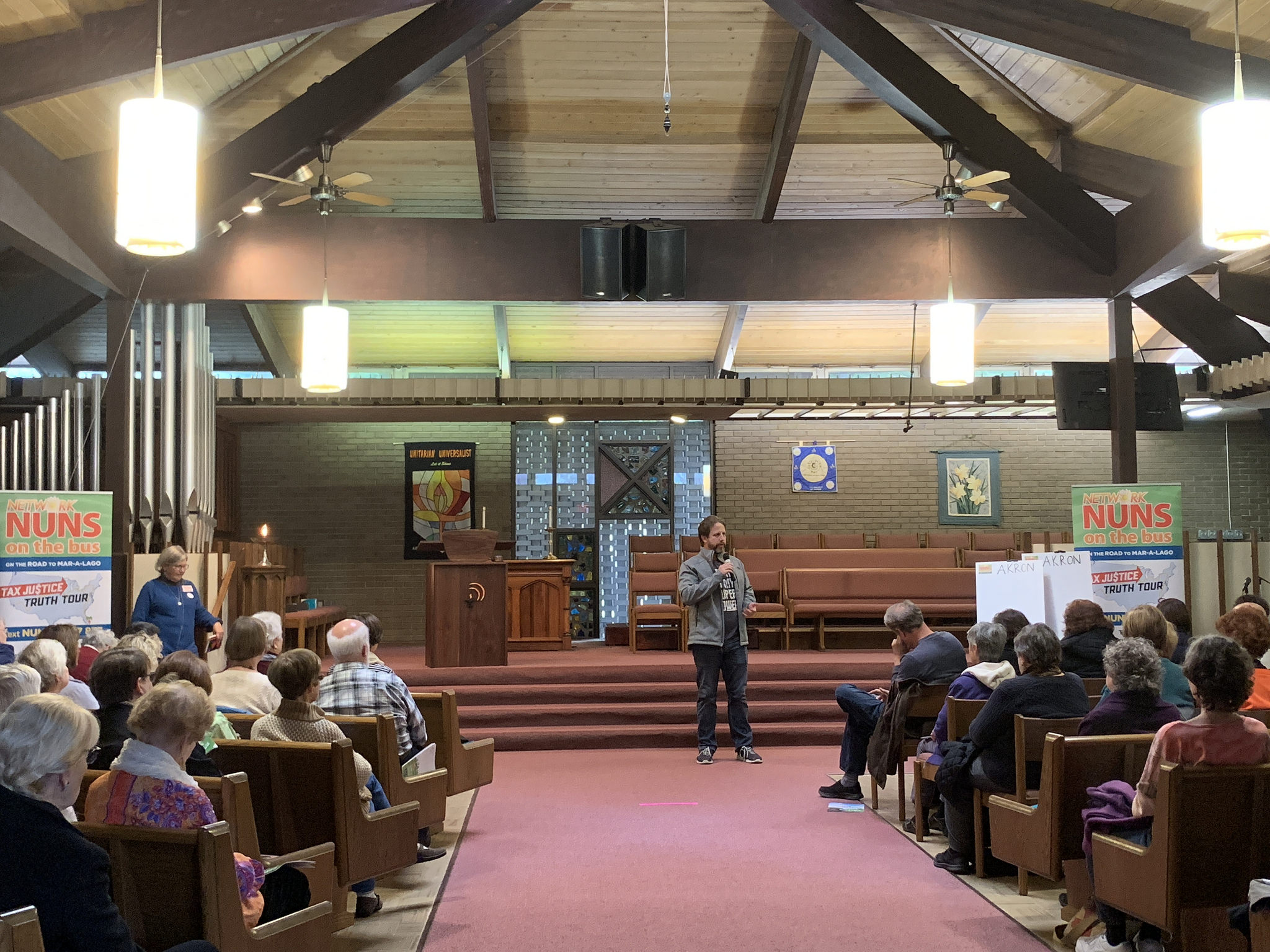 Sister Simone unpacked the truth about the recently passed Republican tax law and the way it shifts money to those at the top of the economic ladder, increases the national deficit and threatens funding for life-giving programs.  We broke into small groups and there was animated discussion on how this is impacting Ohio. Some of the issues raised were: inadequate housing, limited resources for schools in low income neighborhoods and concerns about healthcare coverage.  One elderly woman spoke of the difficulty of living on social security and the various senior citizens who are strapped for money and preyed upon to sell their homes for cash, because buyers can get a low price.  Another person shared concern about the increase infant mortality rate, especially in the black community. 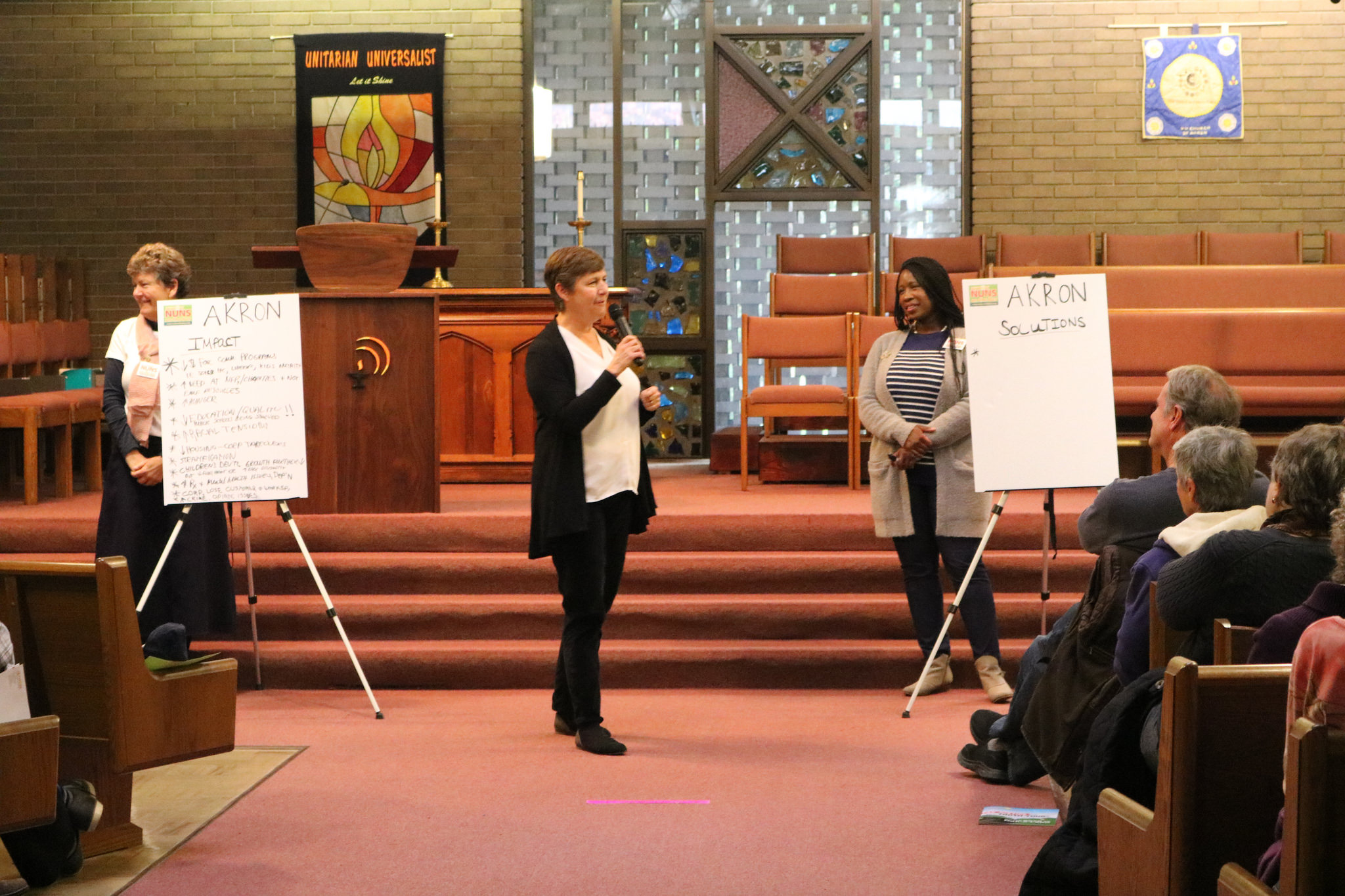 There was general agreement that a major solution to these issues is to get out the vote in our midterm elections in order to elect legislators who work for the common good, and end the gerrymandering and control of dark money from outside sources. At this point, Betsy Rader, Congressional candidate for Ohio’s 14th district, stepped forward and shared her experience of growing up in poverty, becoming a civil rights lawyer and being absolutely convinced that government should represent “We the People.”

In the spirit of Sojourner Truth’s work for liberation and care for the most vulnerable, we continue our Tax Justice Truth Tour to expose the injustice of the tax law and the truth that the just distribution of resources is a moral obligation.