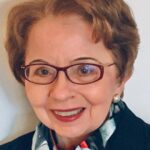 Michelle P. Scott is a New York attorney with extensive experience and expertise in taxation, corporate governance, financial and nonprofit law, and federal and state government relations. Early in her career, she practiced tax law with private law firms in Washington, D.C. and New York City and served as legislation counsel for the Joint Committee on Taxation of the U.S. Congress. For over 18 years, Michelle was Vice President & Corporate Counsel for Prudential Financial, responsible for significant investment transactions and tax planning for the international financial firm, and served as General Counsel of The Prudential Foundation.

Michelle has spoken and written extensively on tax and nonprofit law and is a contributor on taxation, healthcare policy, and government affairs for Investopedia. A long-term member of the Executive Committee of the New York State Bar Association Tax Section, she was appointed to the Commissioner of Internal Revenue’s Advisory Committee on Tax-Exempt Organizations.

Michelle belongs to the National Steering Committee for the Women’s Studies in Religion Program at Harvard Divinity School and has served on the Boards of Directors of The Transition Network and The Associated Blind. She has worked on political campaigns and voting rights teams in New York, Pennsylvania, and Florida. She is a graduate of Bryn Mawr College and Harvard Law School.

What calls you to NETWORK? Where do you find inspiration in this work?
The energy, enthusiasm and effectiveness of Network members, staff, and leaders in translating spiritual and moral values and purpose into practical policy and programs to benefit the underserved and the greater community are inspirational.

What do you like to do outside of NETWORK?
An active volunteer for civic, political, and educational causes, Michelle is a frequent theatre-goer, avid tennis player, and above all, a very fortunate and dedicated sister and aunt.