Interfaith Webinar on the PRO Act 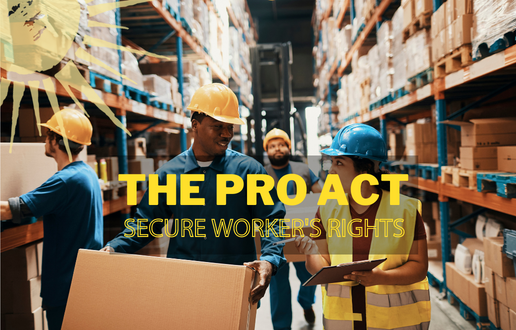 Interfaith Support for the PRO Act

American labor law is broken: too often, workers who try to exercise their right to organize face retaliation and reprisals. That’s why NETWORK has joined dozens of religious denominations and faith-based organizations to endorse the PRO Act, which would protect workers seeking to organize a union at their place of work.

Join us for a one-hour webinar hosted by the Catholic Labor Network and hear faith leaders explain the faith foundation for the PRO Act’s passag. This interfaith webinar on the PRO ACT is presented with the support of a coalition that includes: NETWORK Lobby, Franciscan Action Network, Ignatian Solidarity Network, Episcopal Church, United Methodist Church, United Church of Christ, Friends Committee on National Legislation, and Islamic Circle of North America.

Catholic Social Teaching calls us to be in solidarity with the worker. Join this one-hour review of the PRO Act to learn how you can help!