I loved this event, which took place in a public plaza in Richmond beneath the statue of Maggie Walker, the nation’s first African American woman bank president. She chartered the St. Luke’s Penny Savings Bank of Richmond, which helped Black people survive financially and rise out of poverty after the Civil War. The next year, her newspaper, the St. Luke Herald, incited a two-year boycott of Richmond’s segregated streetcars.

The crowd of about 75 who had gathered for our Rally for Tax Justice were very receptive to our message.  After Sister Simone Campbell welcomed the group, acknowledging the deep sadness and fear of the country in the past week with the synagogue shooting and the pipe bomb scare, our speakers took the stage, including: 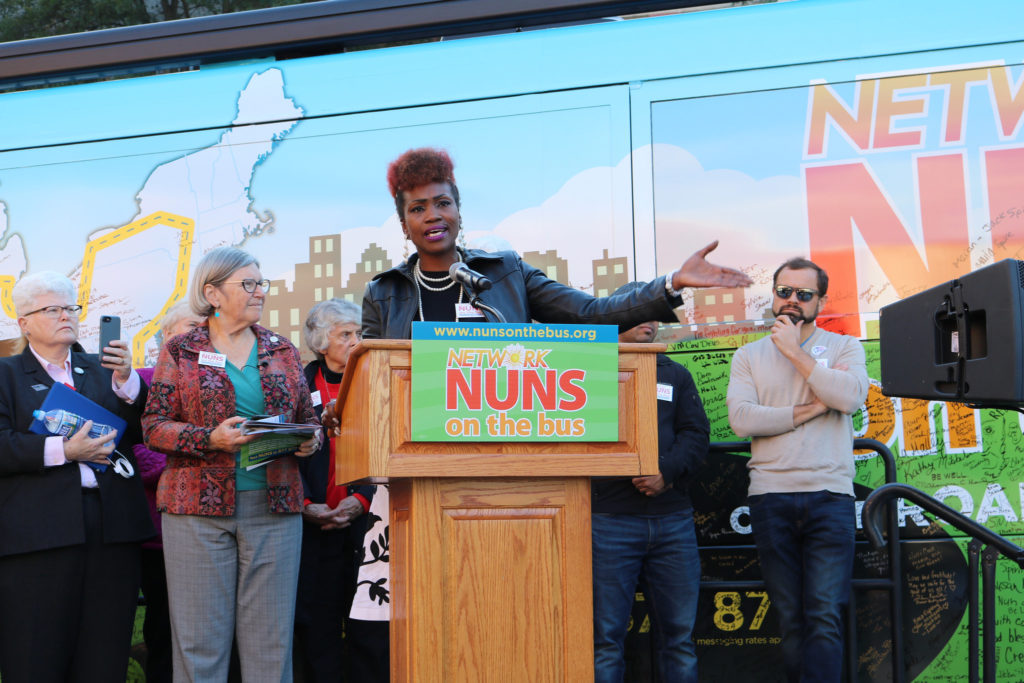 As always, I was struck by the hope in the faces of the people present: as if we were a roving team of cheerleaders who nourished their beliefs and values, who gave them a chance to get together with a group of like-minded people, and who provided a group of inspirational speakers from their own area who could speak to issues of concern to them.