The United States of America theoretically embraces voting as a sacred right. Unfortunately, the history and lived experience of systemic obstacles to the exercise of this right underscore the urgency of its protection, and the continuing need for Section 4 of the Voting Rights Act.

In 2015, NETWORK Lobby sponsored an interfaith advocacy retreat on economic inequality at Springbank Retreat Center in Kingstree, SC. Designed as a teambuilding exercise for Palmetto State advocates, invitations were extended also to those in neighboring states. More than a dozen South Carolinians from across the state, and a few outsiders, gathered on land made sacred by the blood of enslaved Africans and their descendants. After touring the former working plantation, the property managers showed a pair of shackles discovered on the grounds. This was the most emotionally charged moment of the gathering. A century and a half after the end of chattel slavery, we were hit by the literal and figurative weight of this tool of bondage. It was a tangible expression of the economic and racial injustices binding us to the struggle. Bound by this common desire, we worked, ate, and prayed together for three days.

Tragically, three weeks later, the falsehood that had sustained centuries of injustice walked into Charleston’s Emmanuel A.M.E. Church, a historic sanctuary, to dispense death. This man’s life experience was corrupted by centuries of an unjust and often legal system built upon the deception of racism and white privilege. The oppressive system simultaneously denies ones dignity and citizenry. The Martyrs of Emmanuel A.M.E. paid the ultimate price as did countless others who merely acknowledged their dignity and their citizenry.

As the nation mourned her latest martyrs, elected officials began responding to previously ignored calls to relinquish one of the final symbols of the Confederacy. Before I relocated to my home state of Alabama, the governor had unceremoniously removed the flag from the State Capitol. An act that even my optimism could not have foreseen.

Invited to be a silent observer at a meeting hosted by the Secretary of State on the possible restoration of voting rights to those who had been incarcerated, I left the meeting dismayed. Each participating elected official identified himself as a conservative as though the meeting was a campaign event. They then proceeded to address the moral turpitude of those who had been incarcerated. In Alabama and many other states, the incarcerated are disproportionately African-American. Having spent the majority of my life in Alabama and Georgia, I have never heard moral turpitude used to address those who profit from economic or racial injustice.

Whether it is real or perceived, no one freely relinquishes power. As African-Americans have demanded the recognition of their dignity and citizenship, they have often encountered violent opposition throughout history. From the Emancipation Proclamation to the 14th Amendment and Reconstruction to Brown v. Board of Education to the Voting Rights Act to the Civil Rights Act to the election of President Barack Obama – advances have consistently been met with incredulity and obstinance as opponents sought to revert progress. This is the context of Shelby v. Holder.

Amidst the pain and death, the 1960s were a season of hope.  In Christian scripture, after Jesus restores Lazarus to life, he instructs the community to unbind him. For centuries, African-Americans have called upon their government to unbind them. The Voting Rights Act was a tangible response this call. Almost as tangible as the shackles discovered at Springbank, it cannot unbind the deeply rooted systemic injustices of preceding centuries in five decades. Unbind us. Unbind Section 4 of the Voting Rights Act. 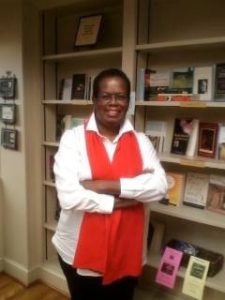 Leslye Colvin is the Director of the Catholic Committee of the South, and a member of NETWORK.