Stronger Borders, But Weaker Morals: What Happens to Asylum Seekers at the End of the Road

On the westernmost portion of the U.S.-Mexico border, the taunting iron fence stretches from mountain to sand to sea – disappearing after a few hundred yards into the ocean. The water that chops around is the same, splashing both U.S. and Mexican soil. The most radical thing that struck me about being at the border was that birds could fly so easily over it, which seemed so normal – but the U.S. government, simultaneously, so heavily regulated the movement of people on land. 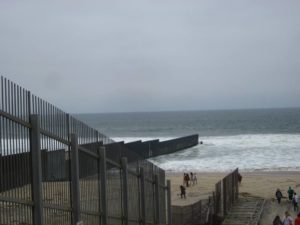 That was five years ago when I went to the border. Now, instead of birds, there are capsules of tear gas hurled over the border: the only thing in the air now is intense fear.

I’ve had the opportunity to visit the U.S.-Mexico border twice: first in the summer of 2013 during a college campus ministry conference in San Diego bordering Tijuana; and again in the winter of 2016 leading a service-immersion trip to El Paso, a city thoroughly integrated with its neighbor Ciudad Juárez in Mexico.

I never crossed over to Mexico in either of these encounters, but exchanged words, held hands, and prayed with people mere feet away from me, the only thing separating us an immense wall of steel and millions of dollars built up to create a militarized border. I stood on the U.S. side; a recently deported family stood less than three feet away in Mexico. We breathed the same air. We each huddled from the same chill.

That was three years ago; had I met that family at the border there now, they and their three kids would be running away from the fence to avoid tear gas and rubber bullets.

Last week the Trump administration put out a statement authorizing the use of lethal force against families and individuals from Central American countries who trekked thousands of miles to enter our country, with the possibility of closing “the whole border.”

The news of tear gas attacks on thousands of people coming to the United States to flee violence – and being met with more violence – hits me to my core.

Lethal force? For people seeking safety, fearing they’d die in their home country – and facing the possibility of death instead of new life?

I’ve eaten and laughed and cried with people whose life stories and trials are likely near-identical to the droves of asylum seekers searching for welcome in our country. What kind of country are we creating when we say we are a nation of immigrants, then turn away the most vulnerable? 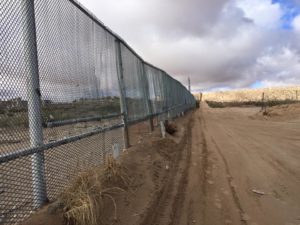 The images and videos I’ve seen are of women, children, families – people who should not be faced with the immensity of physical punishment that the U.S. is inflicting upon them for fleeing violence in their own countries. It is unconscionable that the Trump administration has come so far as to demonize infant children and their mothers, and anyone seeking asylum, so much so as to accept their injury, trauma, and potential death as merely a necessary consequence of our political debate and national security.

Firing tear gas on children and families who are here seeking asylum is both legally and morally wrong.

The actions of the U.S. government in turning people away and further militarizing our borders are a result of systematic racism, and do not reflect the core of our foundational communal values. The immigration system in our country has long been broken, but the recent attacks against immigrants and refugees under this administration have attempted to fundamentally reshape our system with the aim of closing our border to all but wealthy, white immigrants.

The structures of our country were never set up to benefit the most marginalized, but we don’t have to accept policies that perpetuate these evils. Instead, we can change them.

Children shouldn’t choke on tear gas. Parents shouldn’t have to make pilgrimages hundreds of miles on foot to seek a better life for their families. People in neighboring countries shouldn’t have to face a life-threatening decision: stay and die, or go and live. 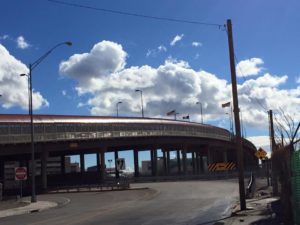 Yet our administration sees these migrants from Central America as criminals for the very fact that they are pleading to us for help.  We are failing to live up to our own laws and international human rights obligations to offer asylum to those who qualify. We are willing to let innocent people die before we open our borders.

It isn’t right – none of it is right.

We must continue to pressure the Trump administration against the harmful consequences they are inflicting upon our sisters and brothers who deserve protection, not condemnation.