There’s a silent but deadly epidemic occurring across the United States: women are dying during childbirth at an alarming rate. The United States is the only developed country where the maternal mortality rate is rising. Pregnancy-related deaths increased from 7.2 deaths per 100,000 live births in 1987 to a high of 17.8 deaths per 100,000 in 2009 and 2011. On top of that, 50,000 mothers a year experience dangerous complications that have the potential to kill them. U.S. women had a better chance of surviving their pregnancy thirty years ago than they do today. The fact women are worse off than thirty years ago is an embarrassment and a terrifying reality for women who are choosing to start families. If we truly care for one another, we must put a special focus on this critical issue impacting women across the country.

The rising maternal mortality rate is a public health crisis that is receiving a woefully low amount of coverage and legislative responses. California is the only U.S. state that has successfully lowered their maternal mortality rate. From 2006 to 2013, the state cut its maternal death rate in half. This was accomplished by a thorough investigation of the care process, and an implementation of better practices. California hospitals work in a collaborative that shares information and best practices specifically about maternal care. In order for other states to replicate California’s success, Congress must act.

Recently the House and the Senate passed the Preventing Maternal Deaths Act, which was introduced by Rep. Jaime Herrera-Beutler, with bipartisan support and a companion bill in the Senate introduced by Senator Heidi Heitkamp.  It creates maternal mortality review committees in every state that gather data and report their findings back to the Department of Health and Human Services. 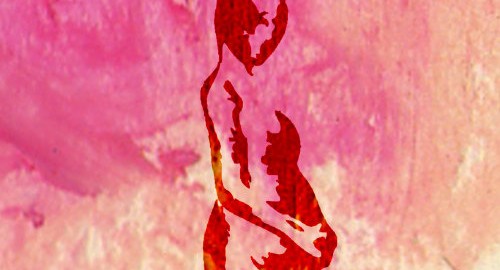 (image courtesy of the Southern Coalition for Social Justice)

The U.S. healthcare system denies far too many women the care they need before, during, and after giving birth, a fact that needs to be remedied through legislation. Due to the medical racism that permeates the healthcare system, women of color are frequently ignored by providers when they advocate for their medical needs.

Black women are almost four times more likely to die of pregnancy-related causes, pointing to a shocking racial disparity. This is intensified in maternal health care deserts, where women lack access to critical healthcare. In rural and urban areas with limited OB-GYN services, women of color suffer greatly. In her congressional testimony, Stacey Stewart, the president of the women’s health nonprofit March of Dimes, emphasized that women of color often feel less trusted and feel less listened to in the medical system. She pointed to the fact that there are no obstetrical services east of the river in Washington, D.C.’s predominantly Black neighborhoods—women must cross the river to receive any sort of prenatal care. She also observed that in New York City, women of color are 12 times more likely to die as a result of pregnancy than white women. Women of color are disproportionately vulnerable to deadly pregnancy complications, making the maternal mortality crisis a horrifying manifestation of racial injustice.

In his testimony to the House Energy and Commerce health subcommittee in September, maternal healthcare advocate Charles Johnson told how he lost his wife Kira after she gave birth to their second child. Kira and Charles, a young Black couple, made sure that hospital staff were aware that Kira was bleeding heavily after her C-section. Yet the hospital waited ten hours to address her medical crisis. By the time hospital staff acted, it was too late. Kira died of massive internal bleeding, leaving behind an 11-hour-old child, her husband, and her other young child. Kira did everything right; she advocated for herself and her child throughout her time in the hospital. Despite Kira and her husband’s persistence, her symptoms were ignored until it was too late.

The CDC Foundation estimates that 60 percent of American pregnancy- and childbirth-related deaths could be prevented. The U.S. healthcare system is focused on infant health while ignoring the holistic needs of women.  As a result, healthcare providers are not equipped to protect pregnant women and prevent complications that can be easily addressed under the right care. We know many of these deaths can be avoided, but we must take action to examine how our healthcare system fails women and create policies that will prevent this.

Congress has taken the first step passing the Preventing Maternal Deaths Act, which was only possible because of the continued advocacy of the public. Using this as a first step, it’s important to keep the momentum going to fight for even bigger reforms to make health care safer and more equitable.  Health advocates need to make it clear to legislators that maternal health needs to be a key priority, both as we come to the end of the 115th Congress and in the new Congress. Far too many women, especially women of color, have needlessly died in this public health crisis. The only way to begin working toward a solution to this crisis is providing resources to gather more data on this epidemic so healthcare providers have the tools to prevent more tragic losses.