The Nuns on the Bus stopped in Philadelphia for a Town Hall at Saint Joseph’s University. Students, community members, and local sisters alike came to learn about tax justice and talk about how the 2017 GOP Tax Law is impacting Philadelphians more specifically.

Two students shared their reflections on the event below:

“I really enjoyed attending the Nuns on the Bus event that took place at Saint Joseph’s University. Before attending, I researched into who the Nuns on the Bus are and learned they are a lobbying group located in Washington D.C. which tend to have more liberal views. Each sister introduced herself to the audience and explained who they are, which order they are a part of, and why they joined the bus. I found it interested that although these women are part of different orders, they come together for the same reason, change that will benefit everyone. The social justice issues each woman stood for were education, immigration, economy, social services, and many more.

“After introductions, each woman took a persona. This persona belonged in a socioeconomic class and demonstrated through steps how they benefited from the current tax reform. They then demonstrated through steps how Trump’s tax reform would not benefit everyone yet only certain people. Before seeing this demonstrated, I never completely understood the impact it would have on each social class. I would read about the impacts it would have and look at the statistics. Seeing the steps helped me to comprehend what this really means for the economy. After seeing these demonstrations, I enjoyed the group discussions. The woman I talked to told me she believes that voting is the best thing for change. She believes that voting needs to rise for my age group and all the decisions made in the elections now will affect my generation the most.

“Reflecting on the event, I really enjoyed this presentation. I feel I have learned more about the tax reforms and what changes need to be made to better everyone in the United States instead of benefiting a select few. Voting is one-way change can be made and I do believe that my generation will be most affected by what we vote on now. Through attending this event, I feel that I have gained a better understanding about how decisions made by those we elect into political office will affect everyone in some form.” 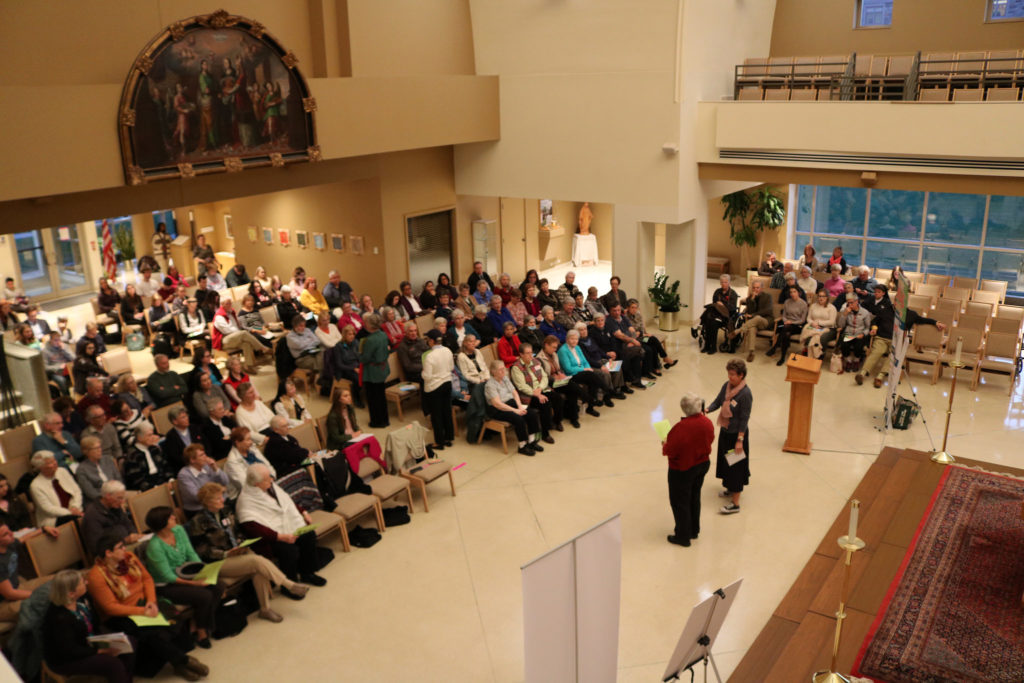 “I really enjoyed going to this event.  It gave me a platform on which I was able to have intentional conversations about the new tax laws and the potential detriment that they could have on our society.  I was given the opportunity to provide a younger student prospective to the nuns and other people around me as to why most college students are not engaged with this issue and our small groups bounced ideas for solutions.  I would like to thank both Network and all of the Nuns on the Bus for spreading awareness and empowering people all over the country to vote in favor of social justice.  University students like myself need to embody the words of Saint Ignatius Loyola to “go forth and set the world on fire.”