The Moral Imperative of Reparations

Movement on H.R. 40 is an Act of Justice for Black Americans 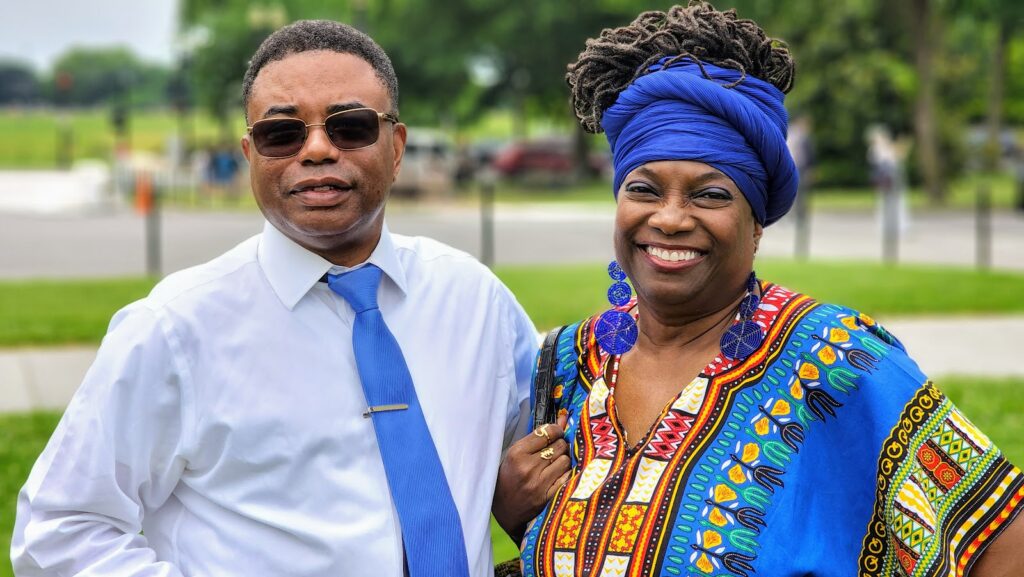 Jarrett Smith, NETWORK Government Relations Advocate, is pictured at a June 16 reparations event near the White House alongside Nkechi Taifa.

Last year, the U.S. government honored Juneteenth as a federal holiday. This recognition came 155 years after the first celebration marked the anniversary of formerly enslaved people and families learning of their liberation in Texas. While the majority of Congress voted in favor of commemorating this day, more is required to fully incorporate the formally enslaved into the American project following the passage of the Civil Rights Act of 1866. Our national will to act and repair must not end there.

It is time to create a system that protects Black people by putting an end to economic and employment inequality, a failing healthcare system, housing segregation, and state-sanctioned police violence. The passage of H.R. 40, a bill first proposed by Rep. John Conyers in 1989, could put the nation on solid footing toward such a process. The bill would create a commission to research and quantify the persistent economic disparities that Black people continue to suffer due to slavery and the discriminatory federal laws and regulatory practices that followed in its wake, and develop reparations proposals for African Americans.

The passage of H.R. 40 would be the first accounting of the role of the federal government and U.S. institutions in the atrocity of slavery, the legalized discrimination that followed, and action needed for atonement. Despite widespread and growing support to reckon with the legacy of systemic racism, H.R. 40 has not been brought to the House floor for a vote.

This reality calls to mind how much who we elect matters. It’s also why NETWORK Lobby calls on President Biden, as a Catholic Christian and U.S. president committed to justice, to sign an executive order to enact H.R. 40 now. It is a moral imperative.

There are precedents for federal-level repair. The federal government has examined and honored claims for reparation from other communities in the past — in 1946 to federally recognized Native American tribes, and in 1981 for Japanese Americans interned during World War II.

Federal financial support to residents following a natural disaster is an example of reparations. This action happens every year. FEMA is the government’s reparations arbitrator. Repair was made because of a harm suffered. As people of all races and backgrounds grapple with the question of what our country’s history means for us, people of faith have shown up repeatedly to drive this point home. Last year, over 200 faith organizations and leaders, including the African American Ministers in Action, the American Muslim Empowerment Network, the Leadership Conference of Women Religious, and the Union for Reform Judaism, signed a letter to House leadership asking for legislation to study redress. In May 2022, dozens of secular and faith-based organizations and racial justice advocates sent a letter to the White House urging President Biden to sign an executive order that would create a federal commission by June 19.

Supporting such proposals should be second-nature to Catholics, whose faith believes in reparatory justice in pursuit of reconciliation. We saw this lived out boldly with Pope Francis’ visit to Canada in late July, in which he met with Indigenous people and apologized repeatedly for the Catholic Church’s role in the residential school system. 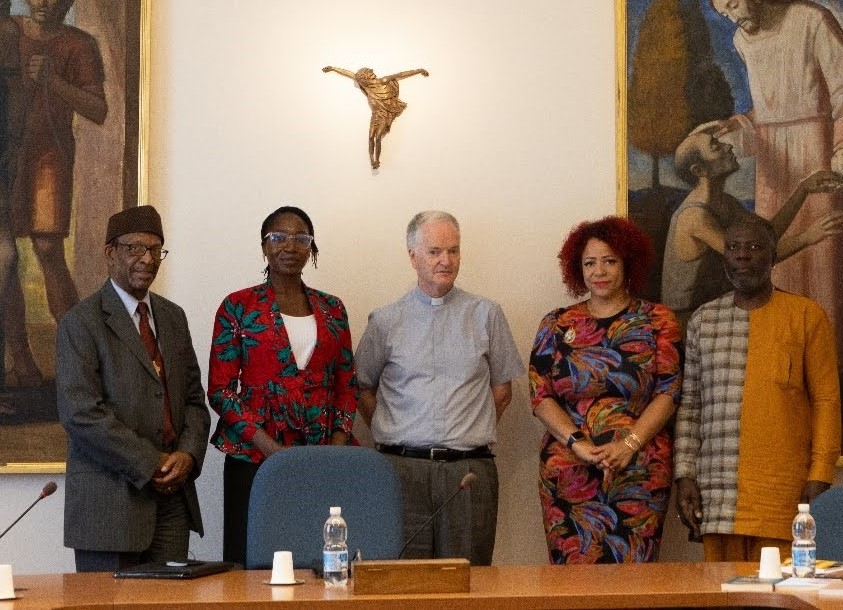 Dr. Ron Daniels, Amara Enyia, Bishop Paul Tighe, Nikole Hanna-Jones, and Kamm Howard meet at the Vatican’s Dicastery for Culture and Education on July 18 to share ideas regarding reparations for Black people in the U.S.

That same month, a delegation from the Global Circle for Reparations and Healing met in Rome with Bishop Paul Tighe, an official of the Dicastery for Culture and Education. A leader in the Vatican’s efforts to grapple with emerging issues, including social media and artificial intelligence, Bishop Tighe suggested the time is “ripe” for the church to consider these issues and agreed to share the delegation’s findings with others.

In his “I Have a Dream” speech, Rev. Dr. Martin Luther King Jr. noted that America had given Black people a bad check “which has come back marked ‘insufficient funds.’ But we refuse to believe that the bank of justice is bankrupt.” Wide support from faith-based and secular organizations today demonstrates the conviction of people in the U.S. that our country must address its original sin of slavery.

People of faith are called to carry on the legacy of working for civil rights and to use their collective power to call on leaders in Congress and the Biden administration to make good on their pledge to tackle systemic racism. Bypassing the opportunity to understand, analyze, and financially quantify this devastation would be more than a missed opportunity; it would be a moral failure.